Box of Rocks Part III – Luis Gutierrez: “I Have Only One Loyalty.”

Gutierrez, 56, is the most passionate, tireless, and nettlesome voice in Congress on immigration matters. He’s a constant presence at rallies and on TV, defending the undocumented and railing against xenophobia. It’s no surprise that a recent Pew Hispanic Center survey ranked him the second-most-important Latino leader in the country, after Supreme Court Justice Sonia Sotomayor. “He’s as close as the Latino community has to a Martin Luther King figure,” says Frank Sharry, founder of the pro-immigrant group America’s Voice. Yet Gutierrez’s tactics are controversial. While many admire his tenacity and credit him with keeping immigration reform alive, others, including members of the Obama administration, believe his confrontational style can be counterproductive. He sees things more simply. “I have only one loyalty,” he says, “and that’s to the immigrant community.”

Thank God for His blessings, may they be many! 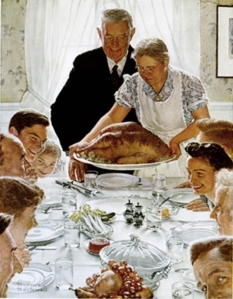 White People Aren’t ‘Colorblind’ They Are Just Blind & Dumb As A Box Of Rocks Too!

2 Comments Posted by leeinthemountains on November 23, 2010

The black and Hispanic caucuses emerged from this month’s elections as among the largest blocs in the House, and their members said they planned to push hard for liberal priorities such as government spending to create jobs.

Members of the two caucuses will hold nearly a third of the Democratic seats in the next Congress—61 of the party’s 190 seats—with the outcome of several additional House races still up in the air.

While centrist Democrats bore the brunt of the midterm election losses, members of the black and Hispanic caucuses, all Democrats and most of them liberal, won 56 of 60 re-election bids. They will gain seniority as the minority-party members on congressional committees and will carry a louder voice among the Democratic House contingent.

Hispanic caucus member Rep. Silvestre Reyes of Texas will likely become the ranking member of the Armed Services Committee, as the four Democrats ahead of him in seniority lost their elections. The black caucus’s Rep. Maxine Waters of California is set to become the No. 2 Democrat on the Financial Services Committee.

Caucus members acknowledge that as members of the minority party in the House, they aren’t likely to be setting the agenda.

“We’ll have to make our case for our priorities from a minority position so it will obviously be more difficult to advance the CBC agenda,” said Bobby Scott (D., Va.), who will become the crime subcommittee ranking member. “What we spend our time on will depend to a large extent on what the majority does.”

Members of the caucuses said, for instance, they might seek to serve as a barrier if Republicans attempt to roll back health care and banking regulations.

“We have to…make sure our economic policies aren’t policies to just benefit the rich,” said Rep. Barbara Lee, (D., Calif.) chairwoman of the Congressional Black Caucus.

But the groups also plan to push hard in certain areas, starting with job creation.

Black caucus member Rep. Jesse Jackson Jr. (D., Ill.) plans to introduce legislation on the topic early in the next Congress. “We need legislation that is comparable to the Works Progress Administration of 1935 that puts Americans to work,” he said. “If Democrats support that, it would make us worthy of a return to power. Short of that we do not deserve to be in power.”

Another member of the caucus, Rep. Sheila Jackson Lee (D., Texas), said the group strongly favored infrastructure investment. “We knew that would put Americans of all backgrounds to work,” she said.

The idea is likely to meet opposition from within the caucus. In an uncommon development, the Congressional Black Caucus next year will include at least one Republican, Allen West, who opposed the economic-stimulus program in his campaign.

Mr. West, an incoming freshman who won a House seat from Florida, said he would definitely join the caucus. In an interview, Mr. West said programs favored by the caucus haven’t worked, and that “failed liberal social-welfare policies” must be replaced by policies that generate private-sector growth.

Mr. West and Tim Scott, newly elected from South Carolina, are among only six African-Americans to be elected as Republicans to the House or Senate since the Congressional Black Caucus formed in 1969.

A spokeswoman for Mr. Scott said he hadn’t made a decision about joining the caucus. The most recent black Republican in Congress, Rep. J.C. Watts of Oklahoma, didn’t join the black caucus when he was in office. The other African-American Republican lawmakers all joined. Amid Hispanic lawmakers, Republicans in 2003 formed a separate organization, the Congressional Hispanic Conference.

A second priority for the black and Hispanic caucuses is an overhaul of immigration policies that would include a pathway to citizenship for many undocumented immigrants.

Hispanic voters, said Rep. Luis Gutierrez (D., Ill.), “are a critically important swing constituency.” He said they would “support the party that is serious about fixing our immigration system in a way that rejects mass deportation and is realistic about how we move forward.”

While it is unclear whether incoming members of the Republicans’ Congressional Hispanic Conference will support immigration policy changes, all the current members supported a recent effort to pass similar legislation.

What’s in your wallet?

It Isn’t Insider Trading When Your Senator Does It: Ann Woolner

Your senator learns that a much- maligned weapons system now has enough votes for funding. Before the news gets to a reporter, he buys shares in the arms manufacturer for a quick, handsome profit.

What’s wrong with this picture? Nothing, according to the law. Nor would it be illegal for him to tip someone else, say, his largest campaign contributor.

Laws that criminalize insider trading cover corporate insiders and those they tip, but not specifically Congress. And while scholars differ on whether existing law could be applied on Capitol Hill, it hasn’t been.

It’s a gap in the law that two members of Congress have been trying for years to plug, to no avail. Congress is famous for telling others what they can and can’t do. When it comes to proscribing its own conduct, it’s a different story.

This week the Wall Street Journal reported that during the past two calendar years, 72 congressional aides from both parties made trades in companies that their bosses’ help oversee. Among them are top advisers to Senate Majority Leader Harry Reid and House Speaker Nancy Pelosi. Their timely investments proved profitable, but the staffers deny the trades sprung from inside knowledge, the Journal reported.

Give Me Liberty or Give Me Death! 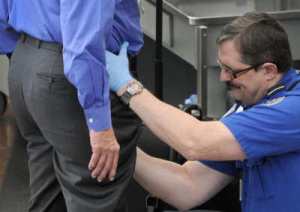 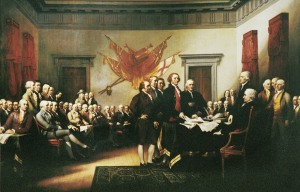 Surely these men are not our ancestors?!?

You’re In The Army Now

2 Comments Posted by leeinthemountains on November 11, 2010

This is our Army! YeeHaw! And I’m proud to be an American where at least I know I’m free!

Grab your towel and shout Liberty U!

What We Could Learn from the Catalans

Imagine a people celebrating unabashedly who and what they are. A people trying to protect, preserve and pass on their history, culture and customs.

This “lip dub” — a music video with people lip-synching to music — was made to promote the Catalan Independence movement. 5,771 people participated, which makes this a world record for a music video. The video has gone viral, with over 630,000 views in just a few days.

It’s enough to make you think that secession is catching on all over the world.

The video, entitled “The Flame,” is in Catalan, but it’s worth watching just to experience the dazzling visuals and the utter joy of these people celebrating their historic culture and proclaiming their determination to make Catalan free. When the closing credits start, the huge crowd sings the Catalan anthem.

Now tell me — what can the dreary conformity of multiculturalism offer compared to this?

Mr West announced today he is joining the Black Caucus.

Congressman-elect Allen West announced on WOR’s Steve Malzberg Show that he will be a voice of reason and conservative values in the Congressional Black Caucus. Oh, to be a fly on the wall.

Of course Mr West doesn’t contend the Black Caucus shouldn’t exist in our ‘colorblind’ society nor does he hint that perhaps it’s OK for whites to also have a Caucus. No, Mr West is going to ‘change’ the Black Caucus and many of the GOP faithful are nodding their heads in agreement. Is this finally the hope and change we have been waiting for?